Tanner Tees founder (and our grandfather) Joe Tanner had a life-long mission to teach anyone how to hit a baseball. You could be the parent of 5-year-old or a minor leaguer heading to your first big league spring training, it didn't matter. To Joe, you were the next greatest hitter of all time.

During his 50-year career in baseball, Joe coached in many pro-organizations - Pirates, Cubs, White Sox, and Orioles. He was most often what they called a "Roving Instructor". During spring training, he would have a few guys who needed to learn how to steal second base. During the extended season, the head office may send him to Triple A to teach hitting. He loved the teaching aspect of baseball more than anything and had specific way of doing everything.

If you are new to baseball or softball, or maybe a first-time parent or coach, here are some basic fundamentals of hitting that Joe would have shared. Here's our best, simplified explanation of how to swing a baseball bat and how to hit a baseball.

What is the Baseball Stance

First, there is a lot to discuss about the baseball swing. Each of these topics could be unpacked in a lot more detail, and we will do that later. But this is a basic explanation of the parts of the swing.

The baseball stance is how a hitter positions himself - the feet, hands, head, and bat in relation to home plate as he prepares to receive a pitch. Get into a baseball stance by entering the batters box and placing the back foot slightly behind the back of home plate. Place the front foot at the front of the plate. Both feet are parallel to the batter's box line and slightly wider than the shoulders. 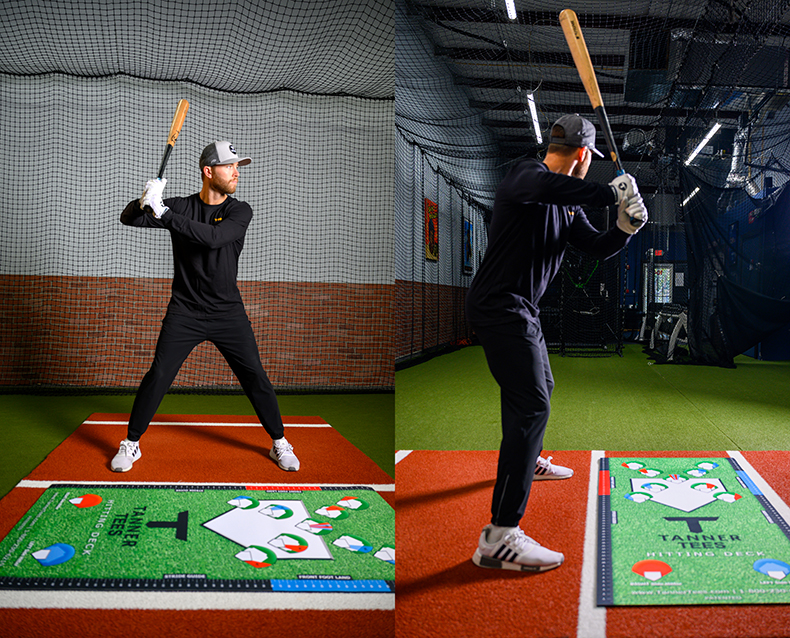 Weight distribution should be 50/50 across both feet. The head is in the middle of the stance. 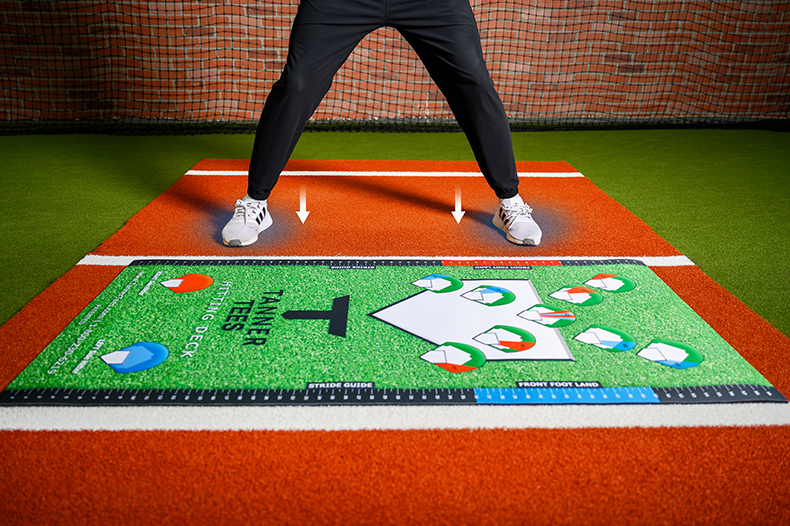 The distance from the plate is difficult to define because each hitter is unique. The hitter should be far enough from home plate so he can slightly bend over and reach (bat tap) the top outside corner of the plate using the arm closest to the pitcher. 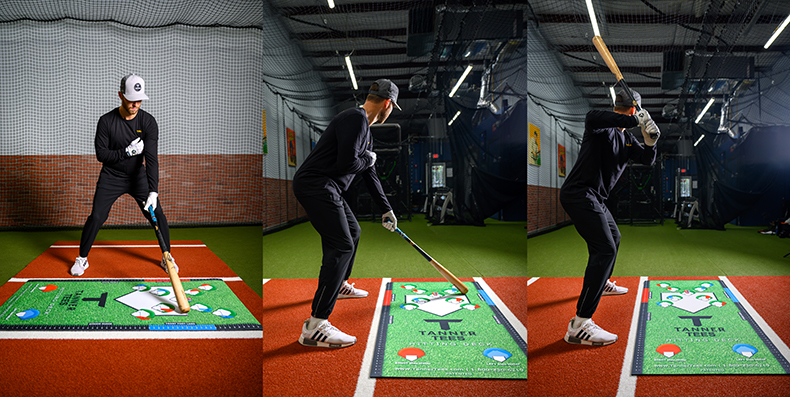 After establishing the correct distance and depth in the batters box, the hitter bends his knees slightly to get into an athletic starting position. The torso will have a slight bend towards the plate. Be mindful of where the center of gravity rests. The head is positioned in the center of the body with weight evenly distributed in each leg. 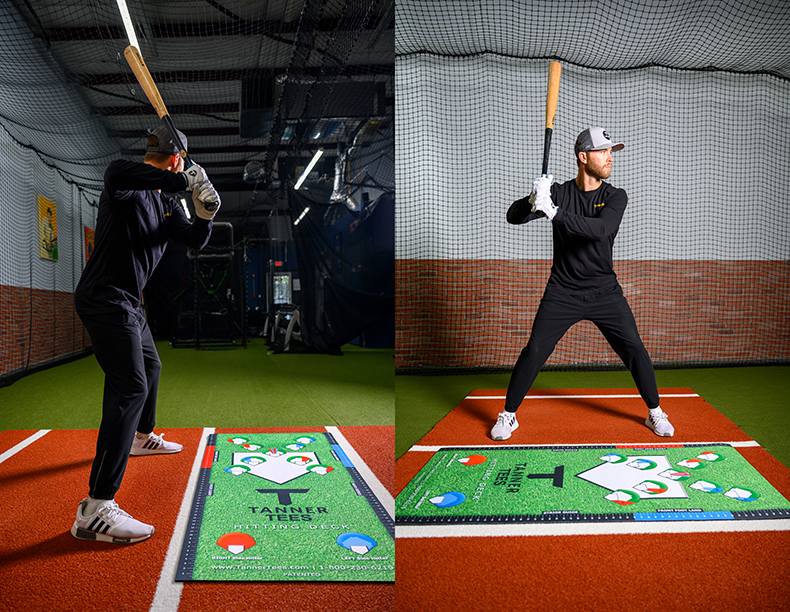 Hands are slightly in front of the back shoulder at set up. Face, nose, and chin face the pitcher with a clear view of the pitcher's release point. 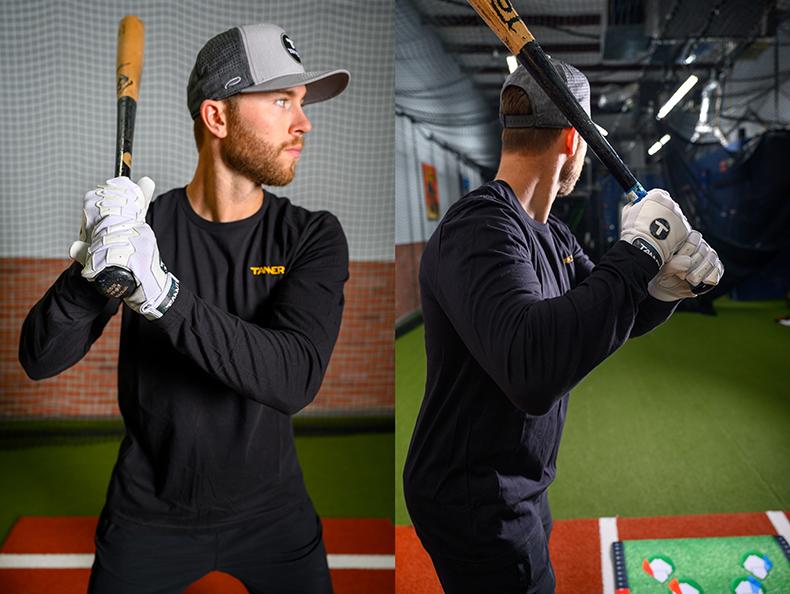 How Do You Hold a Baseball Bat

Holding a bat is one of the most overlooked pieces of hitting when teaching a young hitter. The hands are the mechanism that moves the bat where the hitter wants it to go.  There no one correct way to hold a baseball bat, but here is one way to explain how to achieve a grip on the bat that works for many pro hitters.

Hitters should grip the bat in the strongest and most flexible part of the hands in the fingers. 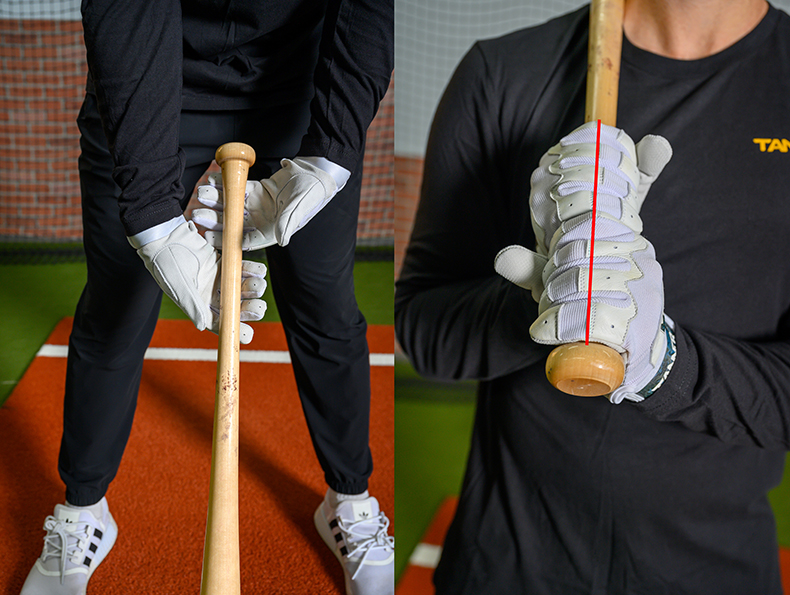 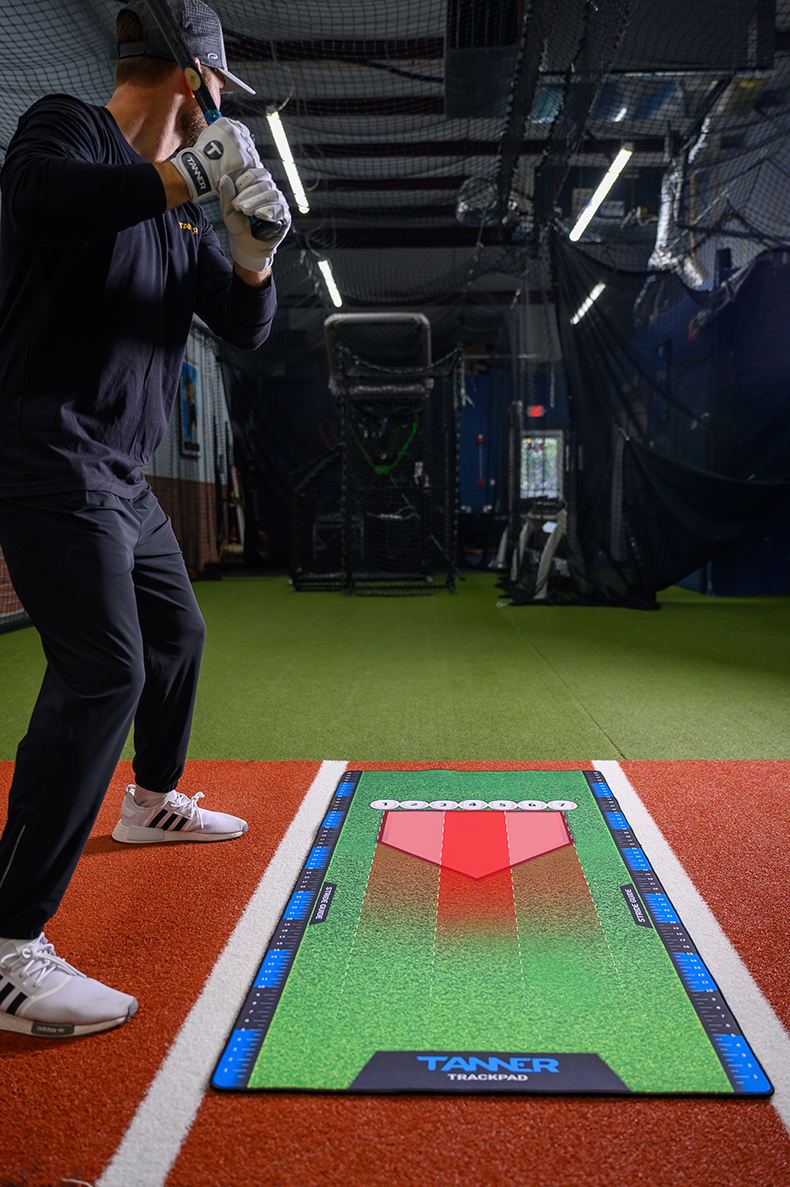 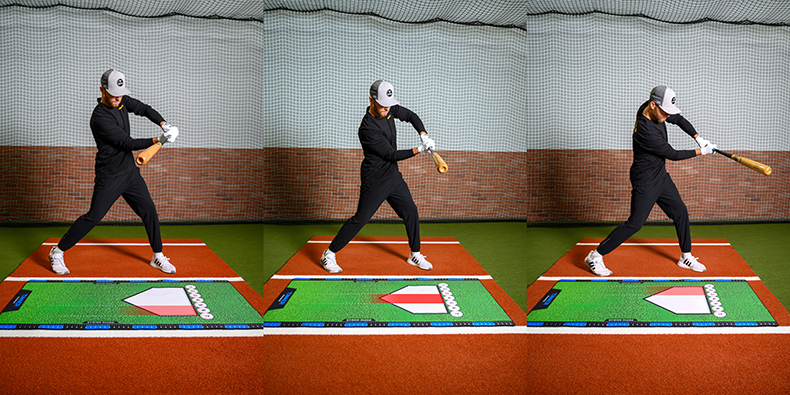 Getting into a Strong Position to Hit a Baseball

A Negative Move is when the hitter starts putting more weight to the back leg in preparation to make the forward move on time.

During the Negative Move, it is important to keep the head and torso over the center of the body. Do not stack the back toe, knee, hip, and shoulder in line when doing this. The move is slightly back. As the negative move is occurring to create separation at the hands and the weight is moving to back foot, the front foot will begin to pick up off the ground. 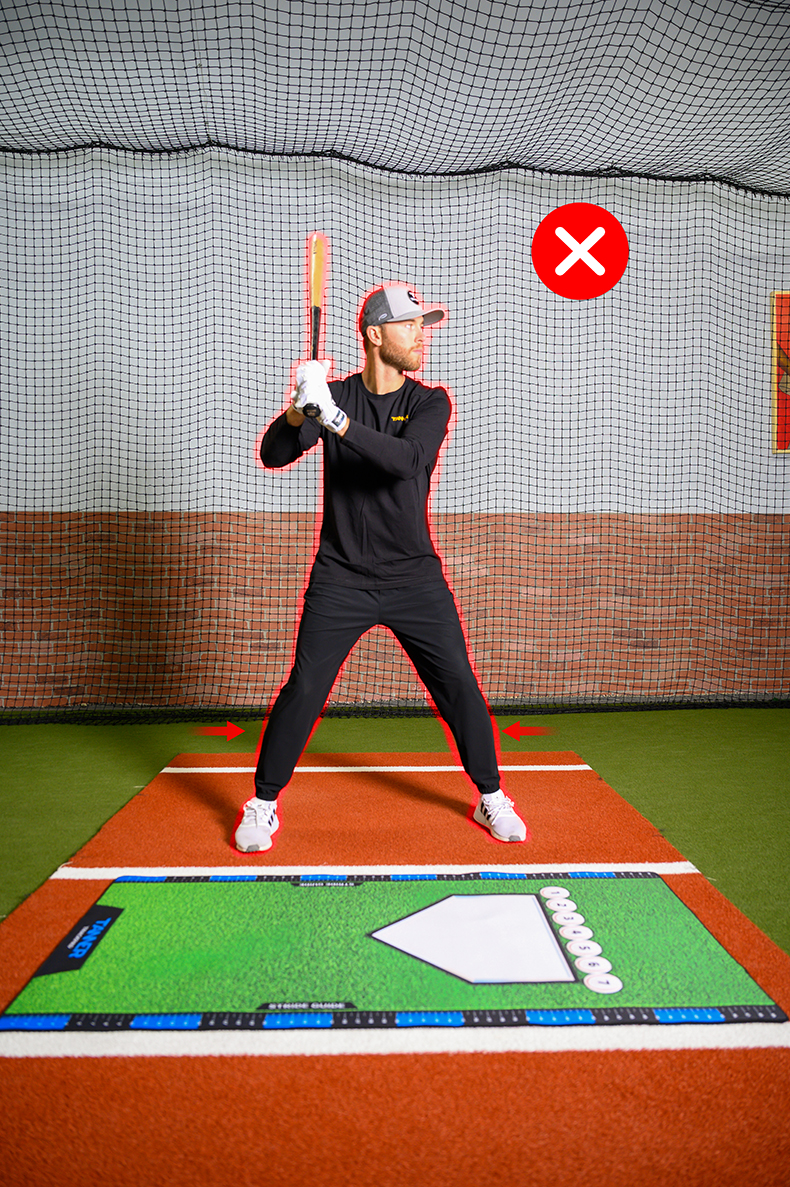 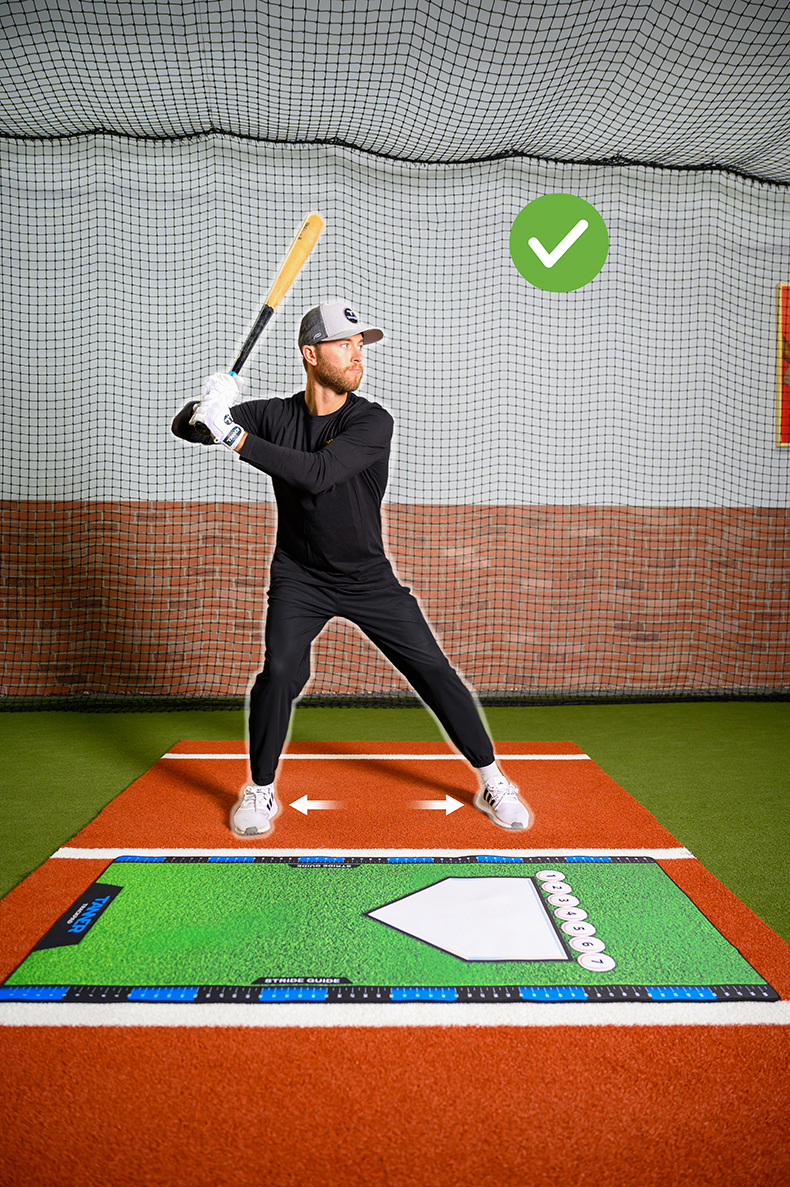 The Forward Move/stride is when the front foot, which is lifted off the ground, begins a movement towards the pitcher and then meets the ground again. At ground contact, the weight in the front foot is evenly distributed between the toe to heel. Every hitter will have a different forward move.

The back foot stays in place. Like the front foot, the weight resting on the back foot is disbursed between the heel and toe creating an athletic position for the hitter. 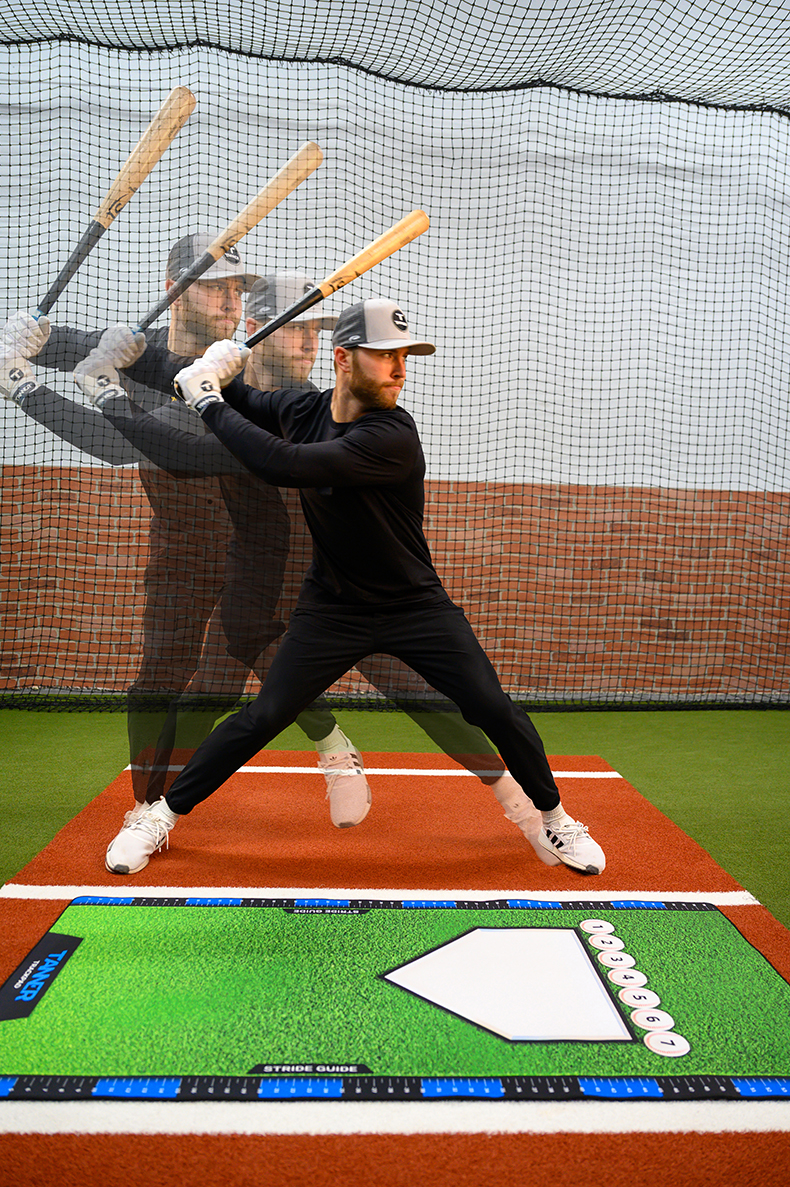 Load is happening while the front foot is moving forward. The hands are moving back as the front foot starts to move forward and down. This is all part of the hitter's timing and ability to adjust. Each hitter will have variation in how they move because no one is built the same. 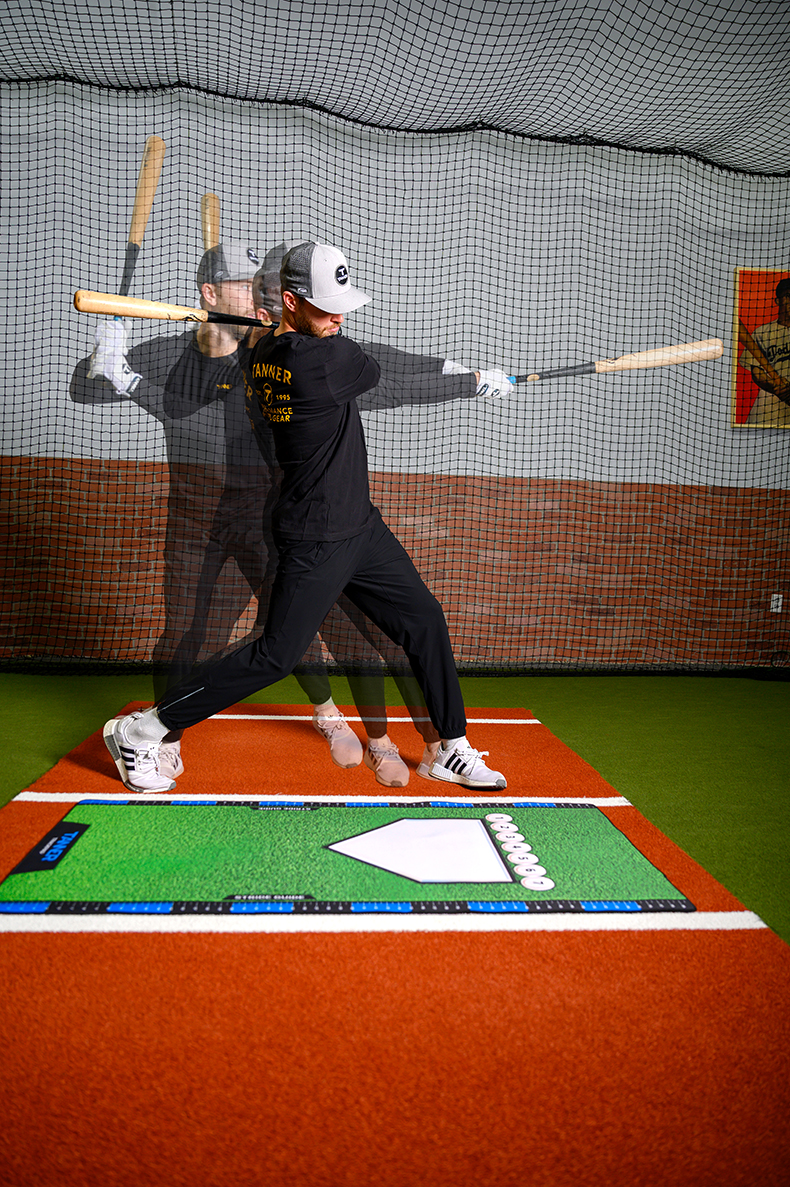 Putting It All Together

With the fundamentals outlined above, you now have the components needed for an effective baseball stance and a powerful swing.

Like Joe Tanner always said, "Train hard, and train often!" Hard work and repetition, along with tee work, flips, front toss, and dedication will be the starting point to help you achieve your hitting goals. In this demo, we are using the Tanner Trackpad.